Implementing rather trivial text + chart UI with RPi recently, was surprised that it's somehow still not very straightforward in 2018. 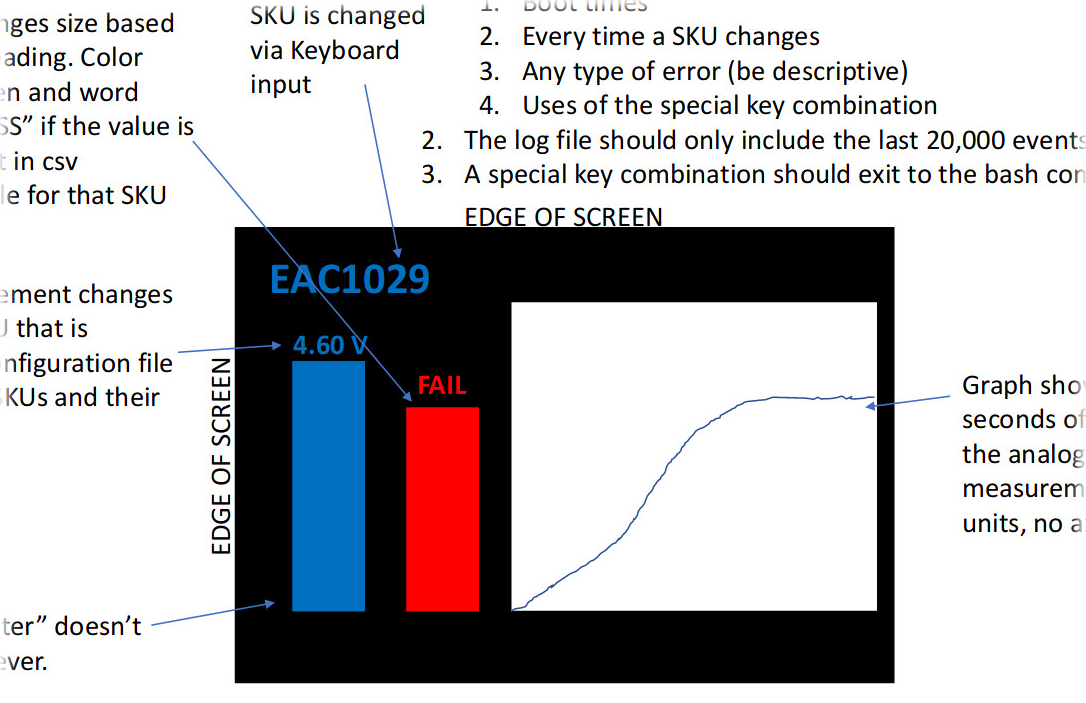 Which is basically three text labels and three rectangles, with something like 1/s updates, so nothing that'd require 30fps 3D rendering loop or performance of C or Go, just any most basic 2D API and python should work fine for it.

Plenty of such libs/toolkits on top of X/Wayland and similar stuff, but that's a ton of extra layers of junk and jank instead of few trivial OpenVG calls, with only quirk of being able to render scaled text labels.

There didn't seem to be anything python that looks suitable for the task, notably:

So with no good python alternative, last option of just wrapping dozen .so easy-vg calls via ctypes seemed to be a good-enough solution, with ~100-line wrapper for all calls there (evg.py in mk-fg/easy-vg).

With that, rendering code for all above UI ends up being as trivial as:

That code can start straight-up after local-fs.target with only dependency being easy-vg's libshapes.so to wrap OpenVG calls to RPi's /dev/vc*, and being python, use all the nice stuff like gpiozero, succinct and no-brainer to work with.

Kinda expected that RPi would have some python "bare UI" toolkit by now, but oh well, it's not that difficult to make one by putting stuff linked above together.

In future, mgthomas99/easy-vg seem to be moving away from simple API it currently has, based more around paths like raw OpenVG or e.g. cairo in "develop" branch already, but there should be my mk-fg/easy-vg fork retaining old API as it is demonstrated here.