It's been a while since I touched the thing, but recently been asked to make a simple replacement for processing common-case time-series from temperature + relative-humidity (calling these "t" and "rh" here) sensors (DHT22, sht1x, or what have you), that's been painstakingly done in MS Excel (from tsv data) until now.

So here's the plot: 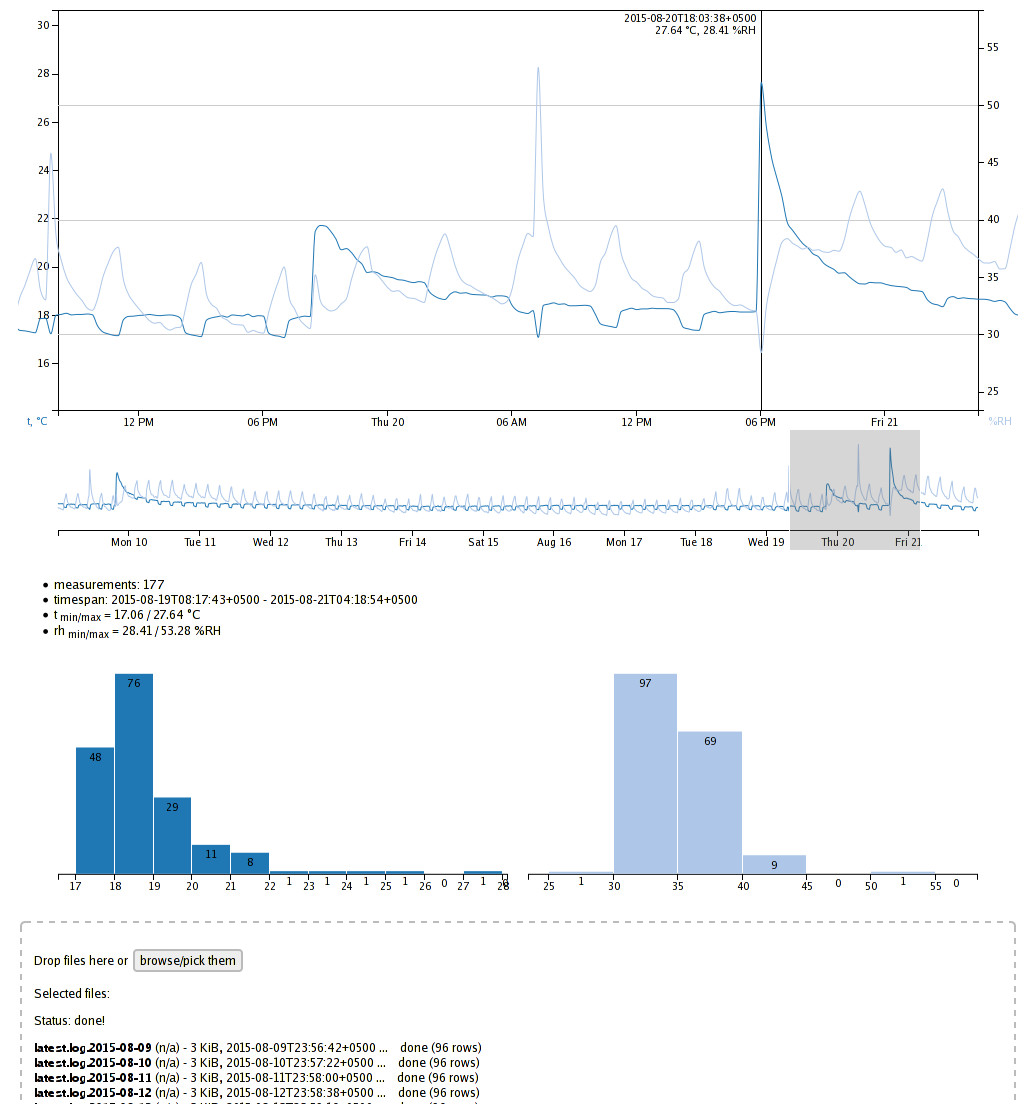 Misc feats of the thing, in no particular order:

Kinda love this sort of interactive vis stuff, and it only takes a bunch of hours to put it all together with d3, as opposed to something like rrdtool, its dead images and quirky mini-language.

Also, surprisingly common use-case for this particular chart, as having such sensors connected to some RPi is pretty much first thing people usually want to do (or maybe close second after LEDs and switches).

Will probably look a bit further to make it into an offline-first Service Worker app, just for the heck of it, see how well this stuff works these days.

No point to this post, other than forgetting to write stuff for months is bad ;)