So my laptop broke anyway, but on the bright side - I've got fairly large (certainly by my display standards) desktop fullhd screen now.

While restoring OS there, decided to update ~/.conkyrc (see conky), as it was kinda small for this larger screen, so why not put some eye-candy there, while at it? 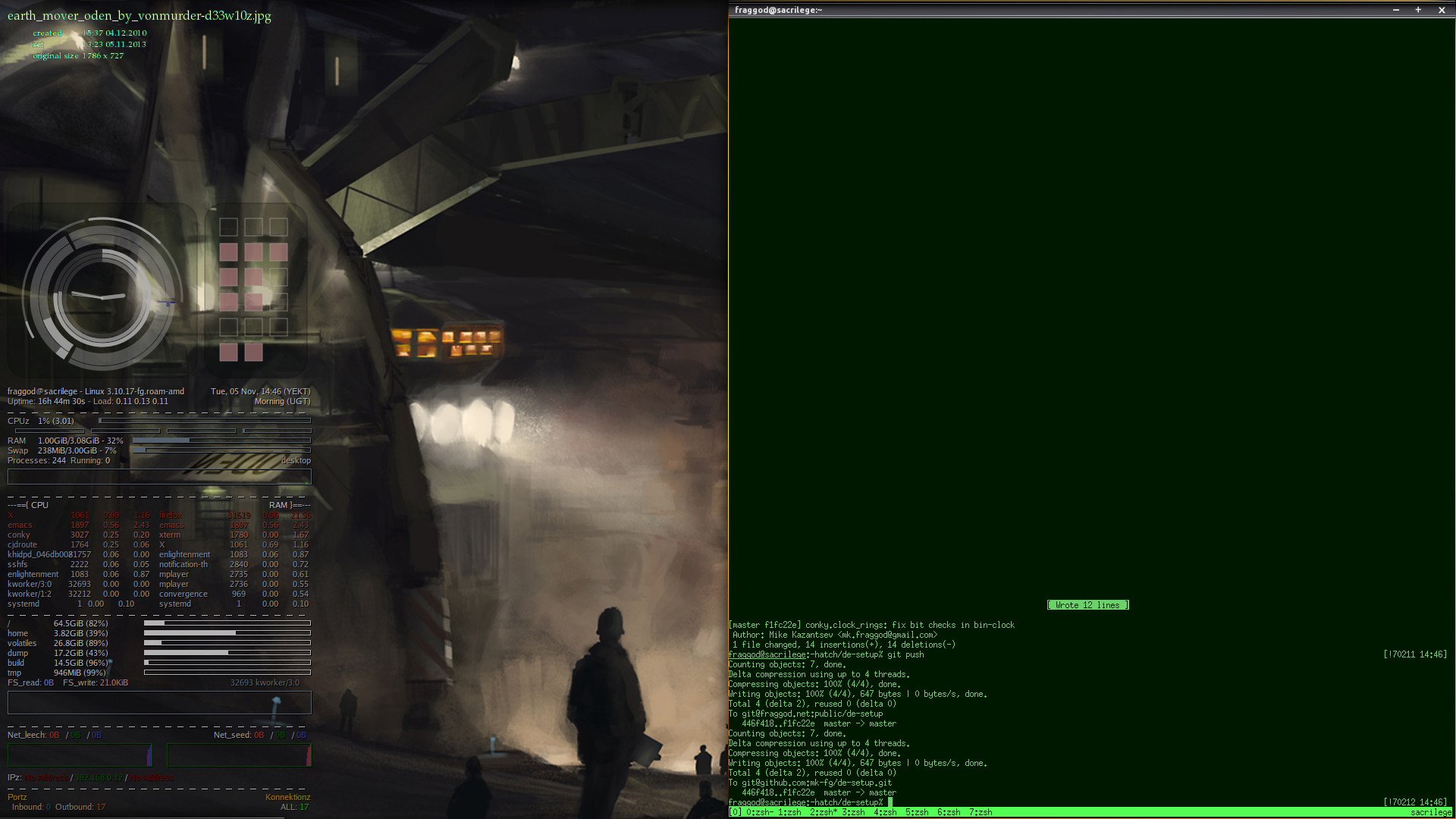 On the right it's good ol' binary clock.

All drawings are lua script, all text and graphs below is conky's magic.
Rings are adapted from "Clock Rings" script here, just added background planes and binary clock, because why not...

Whole script to draw the things can be found in de-setup repo on gh along with full conkyrc I currently use.