I've tried both of these in the past, but didn't have attention budget to make them really work for me - which finally found now, so wanted to also give crawlers a few more keywords on these nice things.

As I pastebin a lot of stuff all the time - basically everything multiline - because all my IM happens in ERC over IRC (with bitlbee linking xmpp and all the proprietary crap like icq, skype and twitter), and IRC doesn't handle multiline messages at all.

All sorts of important stuff ends up there - some internal credentials, contacts, non-public code, bugs, private chat logs, etc - so I always winced a bit when pasting something in fear that google might index/data-mine it and preserve forever, so I figured it'll bite me eventually, somewhat like this: 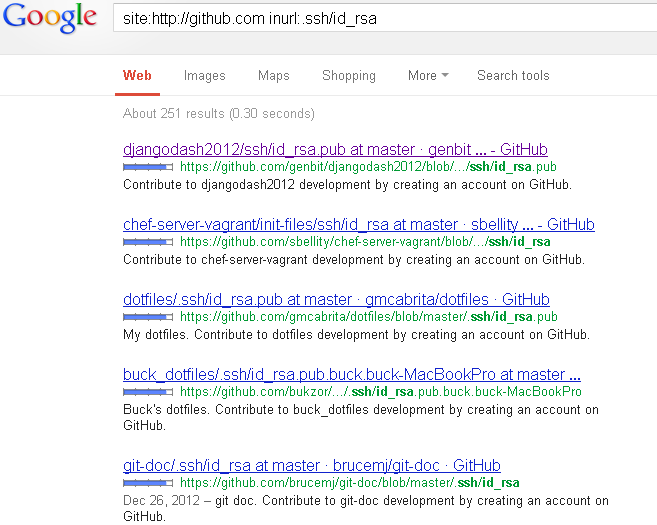 Easy and acceptable solution is to use simple client-side crypto, with link having decryption key after hashmark, which never gets sent to pastebin server and doesn't provide crawlers with any useful data. ZeroBin does that.

But original ZeroBin is php, which I don't really want to touch, and have its share of problems - from the lack of command-line client (for e.g. grep stuff log | zerobinpaste), to overly-long urls and flaky overloaded interface.

Luckily, there's more hackable python version of it - 0bin, for which I hacked together a simple zerobinpaste tool, then simplified interface to bare minimum and updated to use shorter urls (#41, #42) and put to my host - result is paste.fraggod.net - my own nice robot-proof pastebin.

URLs there aren't any longer than with regular pastebins:

Plus the links there expire reliably, and it's easy to force this expiration, having control over app backend.

Local fork should have all the not-yet-merged stuff as well as the non-upstreamable simplier white-bootstrap theme.

Can't really recommend this video highly enough to anyone with even the slightest bit of interest in security, web or SSL/TLS protocols.

There are lots of issues beyond just key distribution and authentication, but I'd dare anyone to watch that rundown of just-as-of-2011 issues and remain convinced that the PKI there is fine or even good enough.
Even fairly simple Convergence tool implementation is a vast improvement, giving a lot of control to make informed decisions about who to trust on the net.

I've been using the plugin in the past, but eventually it broke and I just disabled it until the better times when it'll be fixed, but Moxie seem to have moved on to other tasks and project never got the developers' attention it deserved.

So finally got around to fixing fairly massive list of issues around it myself.

Bugs around newer firefox plugin were the priority - one was compatibility thing from PR #170, another is endless hanging on all requests to notaries (PR #173), more minor issues with adding notaries, interfaces and just plain bugs that were always there.

Then there was one shortcoming of existing perspective-only verification mechanism that bugged me - it didn't utilize existing flawed CA lists at all, making decision of whether random site's cert is signed by at least some crappy CA or completely homegrown (and thus don't belong on e.g. "paypal.com").
Not the deciding factor by any means, but allows to make much more informed decision than just perspectives for e.g. fishing site with typo in URL.

So was able to utilize (and extend a bit) the best part of Convergence - agility of its trust decision-making - by hacking together a verifier (which can be easily run on desktop localhost) that queries existing CA lists.

Enabling Convergence with that doesn't even force to give up the old model - just adds perspective checks on top, giving a clear picture of which of the checks have failed on any inconsistencies.

Filed only a few PR for the show-stopper client bugs, but looks like upstream repo is simply dead, pity ;(

But all this stuff should be available in my fork in the meantime.
Top-level README there should provide a more complete list of links and changes.
Hopefully, upstream development will be picked-up at some point, or maybe shift to some next incarnation of the idea - CrossBear seem to potentially be one.
Until then, at least was able to salvage this one, and hacking ctypes-heavy ff extension implementing SOCKS MitM proxy was quite rewarding experience all by itself... certainly broadens horizons on just how damn accessible and simple it is to implement such seemingly-complex protocol wrappers.

Plan to also add a few other internet-observatory (like OONI, CrossBear crawls, EFF Observatory, etc) plugins there in the near future, plus some other things listed in the README here.